Showing posts from August, 2013
Show all

The Newbie's Guide to Lollapalooza 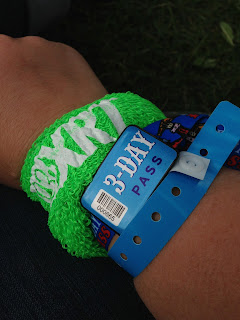 Lollapalooza has been a staple in Chicago since 2005. And in all of those years, I never once went. There was never one firm reason. It just wasn't on my radar. And it always seemed I was traveling during that first weekend in August. Plus, I always thought I'd only go if I could score free tickets (the moxy of a Media Buyer right here). This year though...this year I was interested. Mostly, I wanted to see Mumford and Sons. But there were enough bands playing that intrigued me enough to go. The hard part is the tickets were released prior to the bands being announced. And I didn't know anyone who wanted to go with me. And the ticket price is pretty steep for a weekend. Excuses, excuses. So I choked. I didn't get tickets. Tickets sold out. And I knew I wouldn't get a chance to see Mumford. Some time later, a friend of mine was trying to sell her ticket. Juli moved to New York (possibly only to stalk Arthur Darvill ), and the tickets to Chicago h
Post a Comment
Read more
More posts