Showing posts from 2016
Show all

Mostly First Class Living - How I Want to Fly. Always. 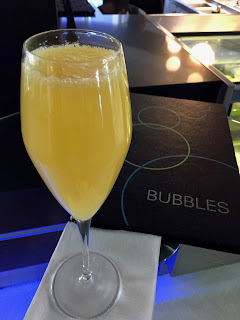 Every time we fly, we try to figure out a way to get upgraded.  It's one of the reasons we stick with one airline partner.  If we're loyal to Oneworld, chances are upgrades could happen. They rarely happen. Sure, occasionally there's an upgrade to First Class on a domestic flight.  Then again, I have a ton of upgrade segments from this past year and haven't once been upgraded.  But I keep trying. And one time there was that sweet ass Business Class upgrade to Australia .  That was cool. But that isn't the norm. Adele and I always strategize on how we can do the whole upgrade thing.  Do we call them in advance??  Do we keep trying at the check-in desk??  Then again in the lounge??  Then again at the gate?? Seriously, the amount of time spent thinking about upgrades is ridiculous. Starting the flights off right. In the bar. All of this trial and error makes for a sweeter moment when these upgrades actually do happen. ORD-LAX (First Leg) Kat boug
Post a Comment
Read more

The Long Climb to Big Buddha 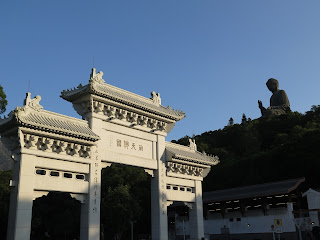 Monday, November 28th If you are trying to get to the Big Buddha, you have to know it's not as easy as just saying, "I want to see the Big Buddha!!"  And if you're trying to see the Big Buddha, it's best to not have an early afternoon flight home. Our original plan was for the three of us to get up and check out of the Airbnb together.  Kat's flight was earlier than Adele and my flight.  So if we all left together, we could travel to the airport train/luggage drop-off as a group.  Kat would head towards her final destination.  Adele and I would head out to see the Big Buddha.  Great idea!! Things changed. Kat's flight was in the late morning, which meant she had to leave so much earlier than Adele and I wanted to wake up.  But the real kicker was that our late afternoon flight was delayed until the late evening.  We changed our strategy the night before.  The two of us decided to see Kat off, then clean up the room and check out by 11a. Honest
Post a Comment
Read more 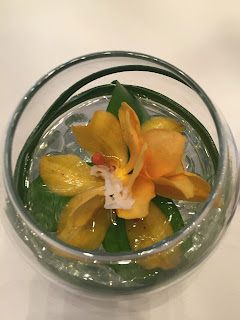 Saturday, November 26 th Kat was a good addition to this trip.   She can keep up with our eating game.   And she was also totally down with Adele and my plan of eating our way through the San Pelligrino Top 50 list. We settled on the Wine Lunch at Amber, #20 in the world.  Amber is located in the Landmark Mandarin Oriental Hotel off of the Central subway stop on Hong Kong Island. The place setting was lovely The Wine Lunch costs HKD$928 plus a 10% service charge.  This equals about USD$120, so not overly crazy.  The lunch included five courses and four glasses of wine.  It was a rainy day in Hong Kong.  And we were more than happy to spend almost four hours eating and drinking.  Seriously.  We were one of the first people to arrive for lunch.  And we were the last people to leave lunch.  So did we enjoy our meal??  Yeah.  I'd say so. Amuse Bouche – We had three items that I can’t entirely track back because they weren’t on the menu.  Not shown, the am
Post a Comment
Read more
More posts