Showing posts from January, 2017
Show all

One Day at Hong Kong Disneyland 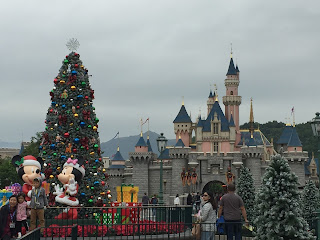 Friday, November 25th It's no secret that I was the most excited about this day over any other.  I was going to Hong Kong Disneyland!! Hong Kong became an idea in the middle of the year as we were talking over a Thailand/Laos trip.  Adele was the first to mention Hong Kong as a stopover.  And my ears instantly perked up.  "There's a Disney park in Hong Kong!!" I exclaimed to anyone who would listen. I've long maintained one rule of travel.  If I'm visiting a location with a Disney park, I get one day at that park.  No one has to go with me.  I'm not forcing anyone's hand.  But I will spend one day at the park. As we were planning our trip to Hong Kong, I reminded Adele and told Kat of this rule.  They both had time to think over their decisions.  Kat was a hard no from the start (she's not an amusement park person).  Adele was in.  It was time for the planning to begin. Hong Kong Disneyland is one of the smaller Disney parks.  It seems
Post a Comment
Read more
More posts